Ah the royal wedding...I cannot wait. Is it April 29th yet? But if I see one more stupid thing they are selling about Prince William and Kate I just might loose it!

Have you seen the ridiculous things they are selling across the Internet? I hate to encourage them by posting it, but I feel I must share. This wedding has all the indications of a super classy royal wedding...let's not ruin it by adding tacky sales pitches to it.


Royal Heirloom Ring
Supposedly supported by the British Historical Society, this ridiculous piece of jewelry is being touted as "1.25 Carats of diamond-LIKE CZs" or Cubic Zirconium. I saw the commercial the other other night and it said the ring should got for $119 but with this "special offer" you can own it for $19.90

Quoting the web site "Now, is your chance to share in the most anticipated wedding of the century. For a limited time.." HELLO, I'd rather get an INVITE.

I almost though this was semi-decent until I clicked contact us and it said "send your check/money order to Fairfield...NEW JERSEY." Nope. 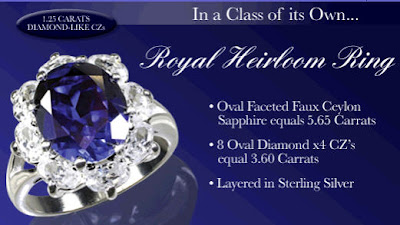 Royal Engagement Coin
Where do I start? Not only does this coin depict Prince William terribly (more like Al Gore). It's safe to say, whoever approved this is a extremely jealous snake because it looks nothing like the absolutely gorgeous Kate Middleton.

Okay, who's buying this? 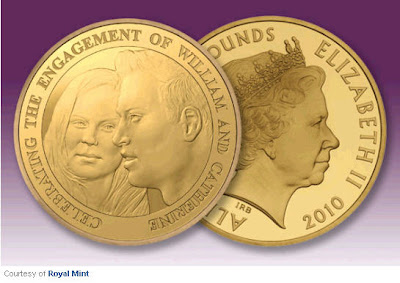 Royal Engagement Oyster Card
Not sure if this justified or overkill. The Oyster Card is the electronic smart card used on London's public transportation system. Transport for London said it would be sold in limited numbers and be "tastefully done." Other sources reported it will hold special value to those who recall when the special ticket that was made available the day Diana and Prince Charles married in 1981. 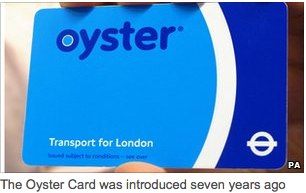 Royal Wedding Playset
I'm an adult, so yeah this is sorta lame but I'm sure all the little boys and girls will be thrilled to pretend they are Prince William or Kate for the day. So perhaps I'll get it for my nieces.

To be released in February by the Early Learning Centre, you can pre-order now for around 20USD. The set comes with the Queen, Prince Groom, Princess Bride (as you wish!), Prince, Mounted Royal Guard, Royal Driver, Horse Drawn Carriage, Corgi (dog)

Downside? No delivery to the US from the main web site, but I bet that once these hit the stores in February you'll be able to find them on Amazon or eBay 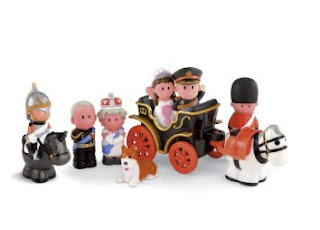 (Image Via)
Official Royal Wedding Memorabilia
Okay so this may be last, but certainly far from lame; however, it only fits to have it with the rest of this stuff. The UK Gift Company has for sale a lot of pretty cool officially approved wedding things. I must be honest...I may buy a Royal Wedding Devon Mug.

This set a gifts is classy and affordable - even for us United States residents! The full list of memorabilia can be found here, but here are a few images of the neat stuff on the site! 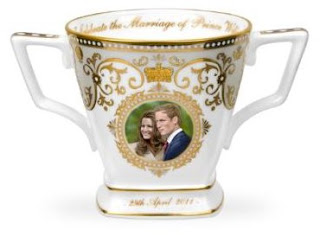 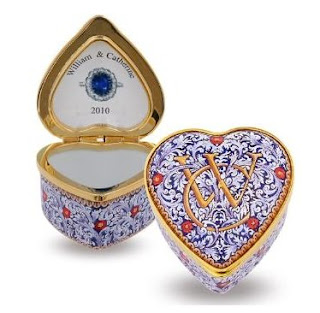 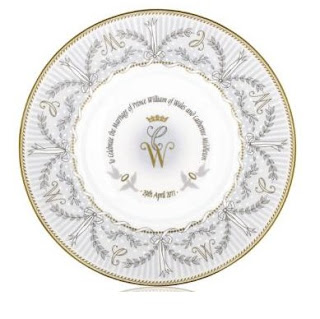