In case you haven't heard...this past week royal save-the-dates have started to go out...via fax. No that's not a typo...I said fax.

My first thought? The only reason I know how to use a fax machine is because I have a job that has one...if we didn't - I wouldn't have the slightest clue. But maybe it's different in Europe? Who knows.

According to Britain's Daily Mail Online, Courtiers explained that a fax was best of passing on the information about a such a "large scale" event (and that it's been used before). As with any save-the-date, it is protocol to inform royal families first that they are in invited because of schedules laid out months in advanced. I guess that makes sense...although it's good to know that more formal gold-embossed, traditional invites will go out next month to more than 1,800 guests. Damn. And I thought my guests list of 243 was huge.

Royalty across Europe, like Serbia's Crown Prince Alexander and his wife, Crown Princess Katherine, who received the fax STD released statements about their attendance of the royal wedding this April. I guess mine is still on it's way.

The faxes came from the private secretary to the Queen.

In my hearing of this I expressed to Alicia (friend/Queen of the Google-obsessed) my wondering of when my save-the-date would arrive...and if the Queen knew my job's fax number.

This morning I get a Gchat message "are you in work?...go to your fax machine in 5 minutes."

Reasons why my best friend is cooler than yours? She sent this to my fax machine at work this morning... 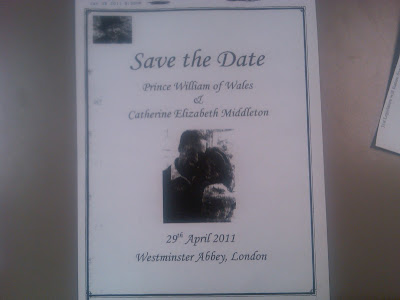 Fake or not...it definitely made my morning...


And while we're on the subject of the Royal Wedding here are two little bits for you... 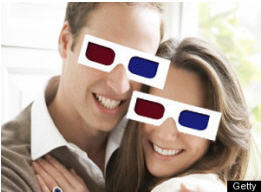