If you're like me - you're probably feeling a little overwhelmed right now...there's a ton of new episodes of shows like Grey's Anatomy, Private Practice, Michael Scott's last episode on The Office, the NFL Draft...oh and ALL the Royal Wedding coverage.

So I'm going to try and break it down for you as the fabulous hour approaches.

First things first...download the 94 page media briefing document from the Official Royal Wedding web site. It's totally worth the two hours you will spend reading through it.

Secondly...if you are not into all the pre-wedding stuff know this...11am England time is NOT the time it will air in the United States. If you're like me and on the East Coast the bride will walk down the aisle at 6am. Set your clocks kids.

If you download the media briefing (duh, go do it NOW) you can see the complete breakdown. But here are a few key points. 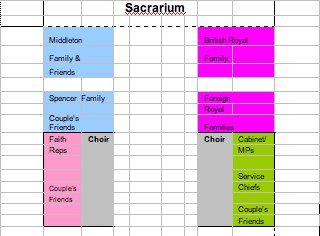 Just a small part of the full seating chart... 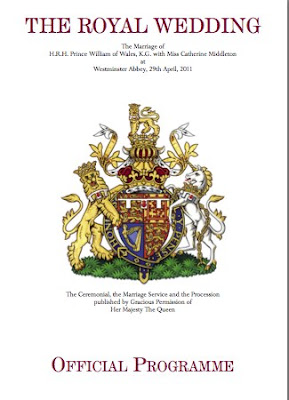 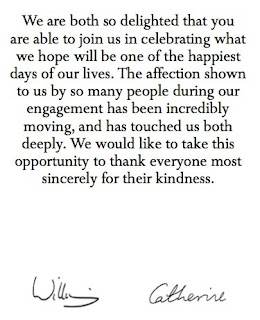 from the official media briefing...

Live streaming on The Royal Channel

For the first time, broadcast footage of a royal wedding will be live streamed on The Royal Channel on YouTube (www.youtube.com/theroyalchannel), accompanied by a live multi-media blog put together by St James’s Palace.

The Royal Channel will host a live stream 'gadget', produced by Google, which will stream the wedding of Prince William and Catherine Middleton live on the day from 10am until 2pm.  This will include the couple’s journey to and from Westminster Abbey, the Wedding Service, balcony appearance and fly past.

The feed will be taken from the BBC without a broadcaster's commentary.  Staff at Clarence House and St James’s Palace will provide a live commentary with historical information, interesting links, additional photographs and video footage as well as an integrated Twitter feed.  This will be the first time a live blog has run alongside a live stream on YouTube for any occasion.


As for what to watch on television...really almost every news station will be covering this. Daily Dose of Wedding will be watching TLC starting at 5am -- as well as live tweeting -- @DailyDoseOfWedd #RoyalWedding #RoyalWeddingTLC and #DDOW

Let's do this.
Posted by Sara