NJ Becomes Next State to Permit Soldiers to Marry by Proxy


The State of New Jersey is expanding the rights of its active duty soldiers by instituting “proxy marriage” in the Garden State.

What is marriage by proxy? 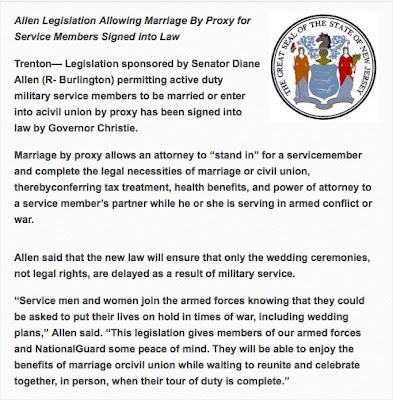 You can read a full version of the amended bill right here.  The legislation was co-sponsored by Senator James Beach.
Posted by Sara