Generally the hubby is the "steak-maker" around these parts but I thought, we have steak, I have the power of Google...might as well find a great receipe.

Pan-Seared Steak!
In a large skillet, melt 2 tablespoons of the butter with 1 tablespoon of the olive oil over medium heat. Add the onions and cook, stirring occasionally, until golden, about 15 minutes (now the recipe called for 15 minutes but I found the onions turned golden around 10). Transfer the onions to a bowl and set aside.

Generously season both sides of the steak with salt and pepper. Add the remaining 1 tablespoon of the oil to the skillet and fry the steak over medium heat, turning once, until browned, about 6 minutes per side for medium. Transfer the steak to a serving platter and cover to keep warm.

Add the bourbon to the skillet and, over medium heat, scrape up any bits that cling to the pan. Allow the liquor to simmer until reduced by half, about 1 minute. Add the onions and the remaining 2 tablespoons of butter and stir until the butter is melted. Reduce the heat and gently simmer until the onions are heated through, about 2 minutes. Season, to taste, with salt and pepper and stir in any juices that have run off from the steak. 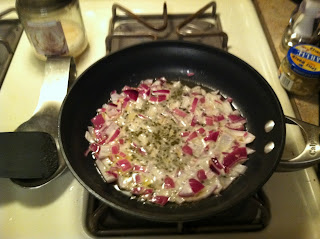 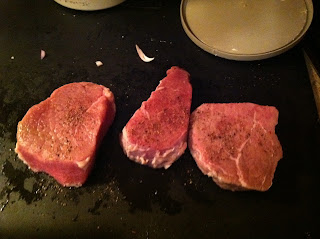 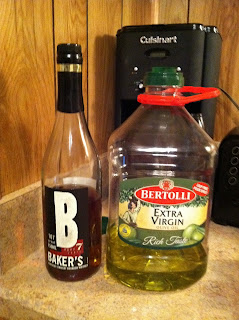 Jason's bourbon --- he did not want me to use this. 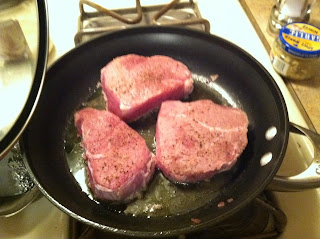 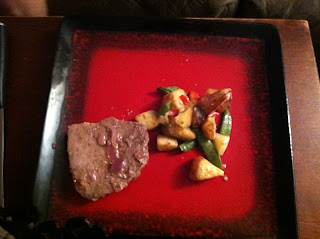