Considering getting a train on your wedding dress? Check out Alexis's latest post to read about the World's Longest Train...


The Andree Salon fashion house and the organizers of Bucharest, Romania’s Wedding Fair, are responsible for creating a wedding dress train that is 1.85 miles long! This train has been entered into the Guinness Book of World Records, beating out the previous holder, a Dutch designer by nearly a mile.
It was reported that the train took 100 days to create and was put together by 10 seamstresses. It was also reported that the train, made of lace imported from France and taffeta and other fabrics from Italy, costs a total of $7,364.48
What do you think of the train?
~Alexis 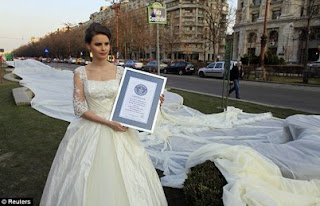 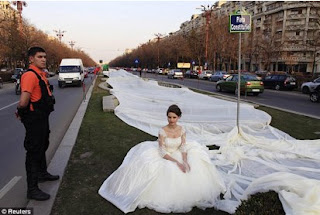 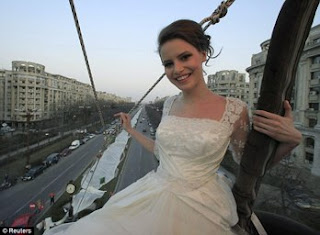